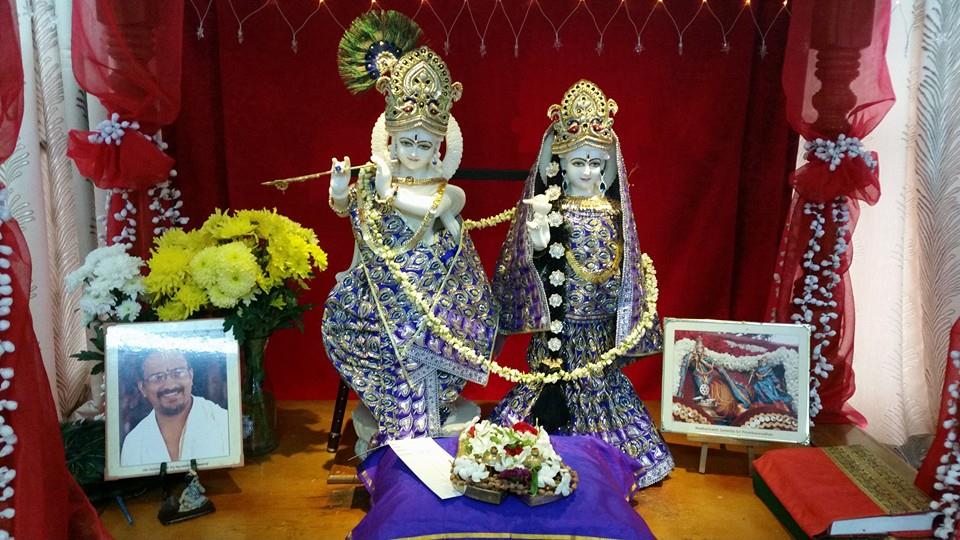 I am already happy in this world – then why should I worry about Bhakthi, Heaven, Moksham (Liberation), Vaikuntam (Holy abode of Lord Vishnu) etc? These are common questions from people. It is ok if there is but one life and there is no life after death. But it is not so. We are all subject to God’s final judgment on the merits of every life that we have passed. Nobody can escape that! We need to perform Bhakthi for this reason. We are happy thus far because of good merits accrued by us thus far in our lives. But can we discount that we will not face hardships in life tomorrow? We should also perform Bhakthi for this reason of unpredictability of nature of life.

What you consider as your own in this world – family, possessions etc. are all nothing but temporary belonging or falsities (in Advaita sense – Mithya) in real sense. If we happen to realise that our experiences of this world are nothing but a passing dream , how difficult is it for you to comprehend that? To realise and be grounded in this conscious state as well, we should perform Bhakthi to The Lord.

A man generally feels proud and accomplished measuring his capabilities of being street-smart, undertaking planned efforts for greatness, and with his long term plans. Ye smart people ! You also need to understand Godliness that is inherent within you and take efforts to reach that bliss which is the source of permanent happiness. Start planning for your greatness for births to come, not just this birth of yours. That is greatness.

“Ok, but I don’t want to believe in above discussions and accept them , so do I have to be concerned (So I am not going to pursue Godliness because I don’t believe in it)? “ You may ask.

Truth does not change just because one does not trust in that. Just because we don’t believe in hell, doesn’t mean hell does not exist. Even for argument sake, we can analogise with such a non believing state of mind; Suppose there is weather forecast for rains in an area. If we carry umbrella, we are safe whether there is rain or not. Only when we don’t carry umbrella even with the forecast, we always run the risk of being caught up in rain.

Bhakthi is beautiful and gives joy. But there are some who don’t worship but undertake other sadhanas to realize God. They will definitely achieve their goals, but in Bhakthi path, joy (ananda) is the greatest. There is great experiential satisfaction in this mode. To be immersed in Bhakthi and perform various activities in Satsang/temples, those such as performing pujas, festivals and other such activities such as Thirukalyanam and 'Purappadu' (Holy processions) for Him gives utmost joy.

Lets discuss with an example. It is possible to take calorie count of a man’s daily food intake, and measure up the exact amounts of vitamins and minerals taken in. But it is sufficient to feed a man with just tablets/pills to match the usual calorie count and nutrition measures. The man just cannot be satiated even when body’s needs are met. He will still feel hungry. There has been no enjoyment of taste without food. Thus food is something that needs to satiate both energy and palate of a person. Similarly it is not sufficient to approach God realisation with just the means of energy and context (using just Yantras and charms) – we need a referential beautiful form of him to satiate our worship needs.

Even when the ultimate goal of Bhakthi and Real Knowledge is Moksha (liberation), even a spiritual seeker undertaking knowledge path towards his Moksha, is empowered by Bhakthi in his journey. There is an example for this. It is common home remedy to medicate a child with mixture of ghee and sugar to help relieving his stomach discomforts. Even when cured of his ailment, the child wishes to have this tasty concoction always. Similarly even when the goal of Bhakthi is Liberation, the taste for Bhakthi lingers even after Moksha is attained. Bhakthi is that beautiful. When ‘Hari Namam’ – Holy names of God is uttered once, Liberation is assured. When Surrender is submitted to His feet, a place in Vaikunta is assured. If someone asks why he needs to continuously chant the names of God and celebrate Him, then that person has not enjoyed God.

A person first wishes to avail himself a small job. Soon after that he wishes to get a promotion and then later wishes to save for his future beyond the usual monthly expenses. Then his savings increases to cover for future education expenses of his children, their life settlement needs, and then for subsequent generation needs. Why does he do this? He has a taste for wealth. That is why he find all means to accrue more and more wealth even when he is old. Why does he not stop with finding money for his needs? It is because of taste for wealth.

Similarly, even when Hari Namam is uttered once sincerely, Mokha is guaranteed. Just like how the taste and penchant for wealth does not leave some of us, Mahans do not have a reduction in their taste for God’s names. There is no sense of sufficiency of uttering God’s names even for infinite number of times. Such a want to utter God’s names does not wane at all. In a way in which accrued and saved up wealth benefits future generations and the rest of the world, a person’s sincere Bhakthi and strength gained by uttering Nama (Holy Names) will ad value and strength for others too.

Read part 1 of the series here

Read part 2 of the series here